Esmeralda performed as Conductor for the world premiere of Pulitzer Prize-winning composer David Lang’s ‘the public domain’ choral piece. The piece is inspired by the collective knowledge shared amongst us all and has been performed by 1000 voices and 25 conductors under the collective baton of Simon Halsey at New York City’s Lincoln Center Plaza, as part of the Mostly Mozart Festival and with further performances at Berlin’s Berliner Philharmonie and London’s Barbican Centre. Esmeralda has supported the team in recruitment of the voices, conducted month-long rehearsals and conducted the site-specific performances. 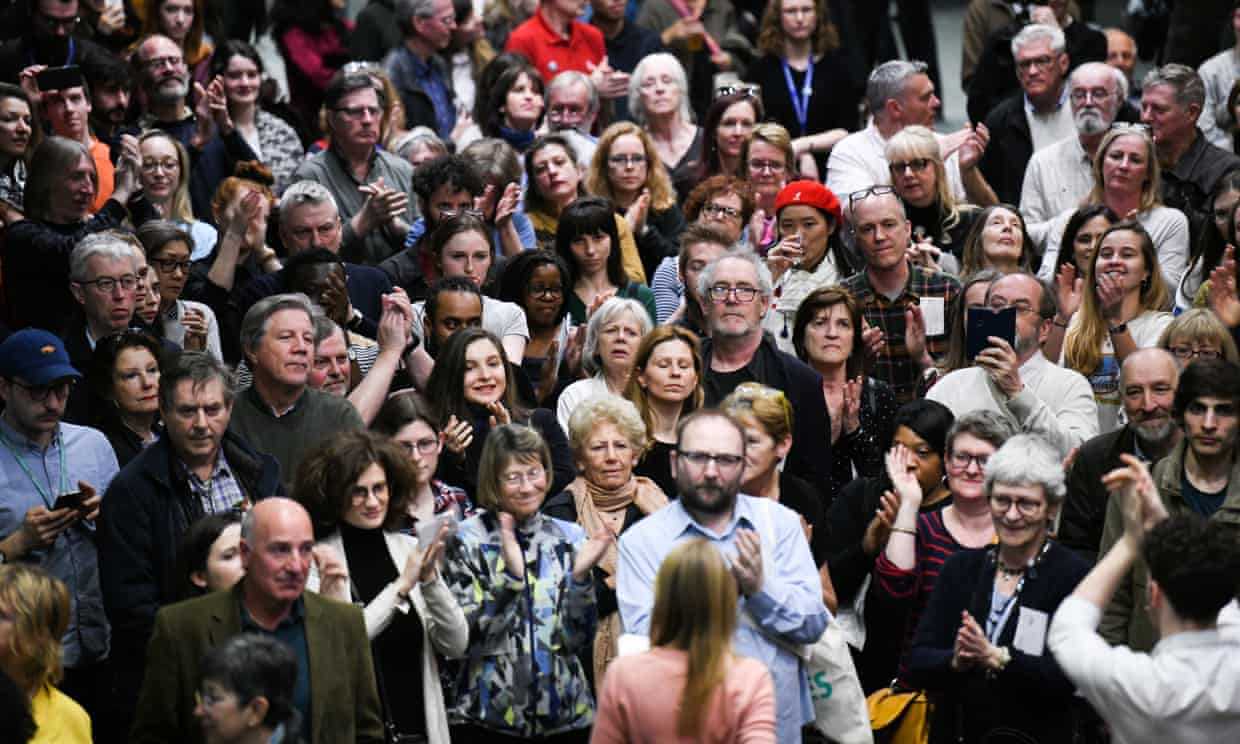 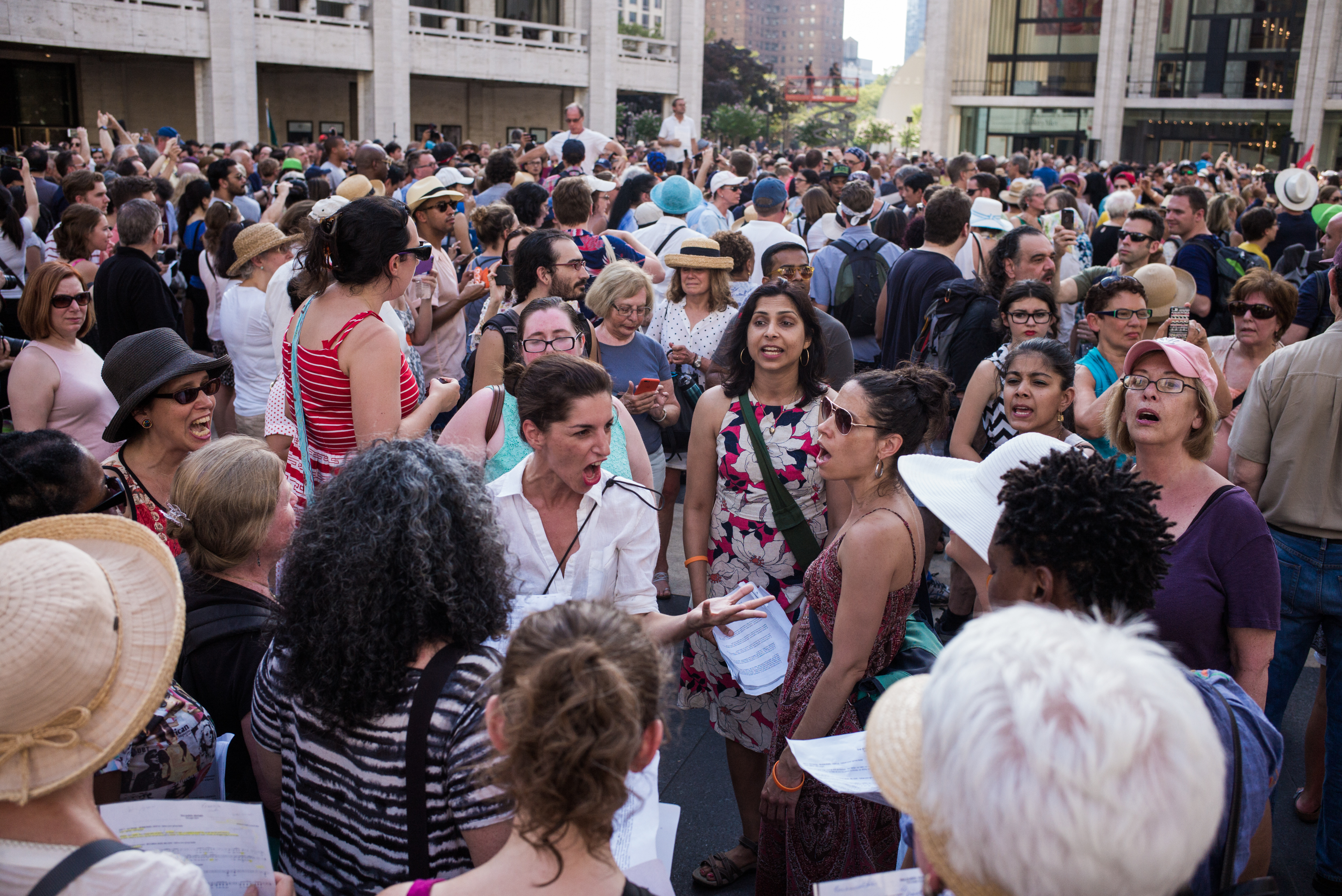 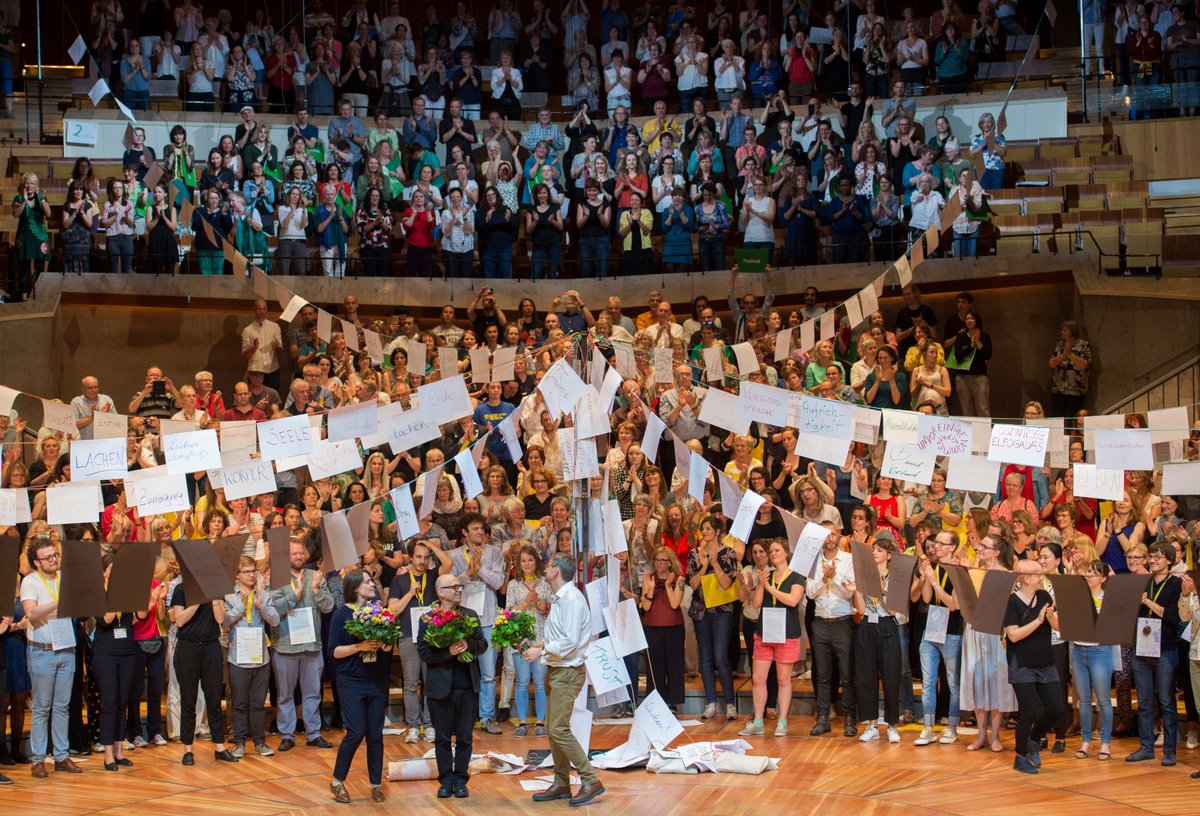 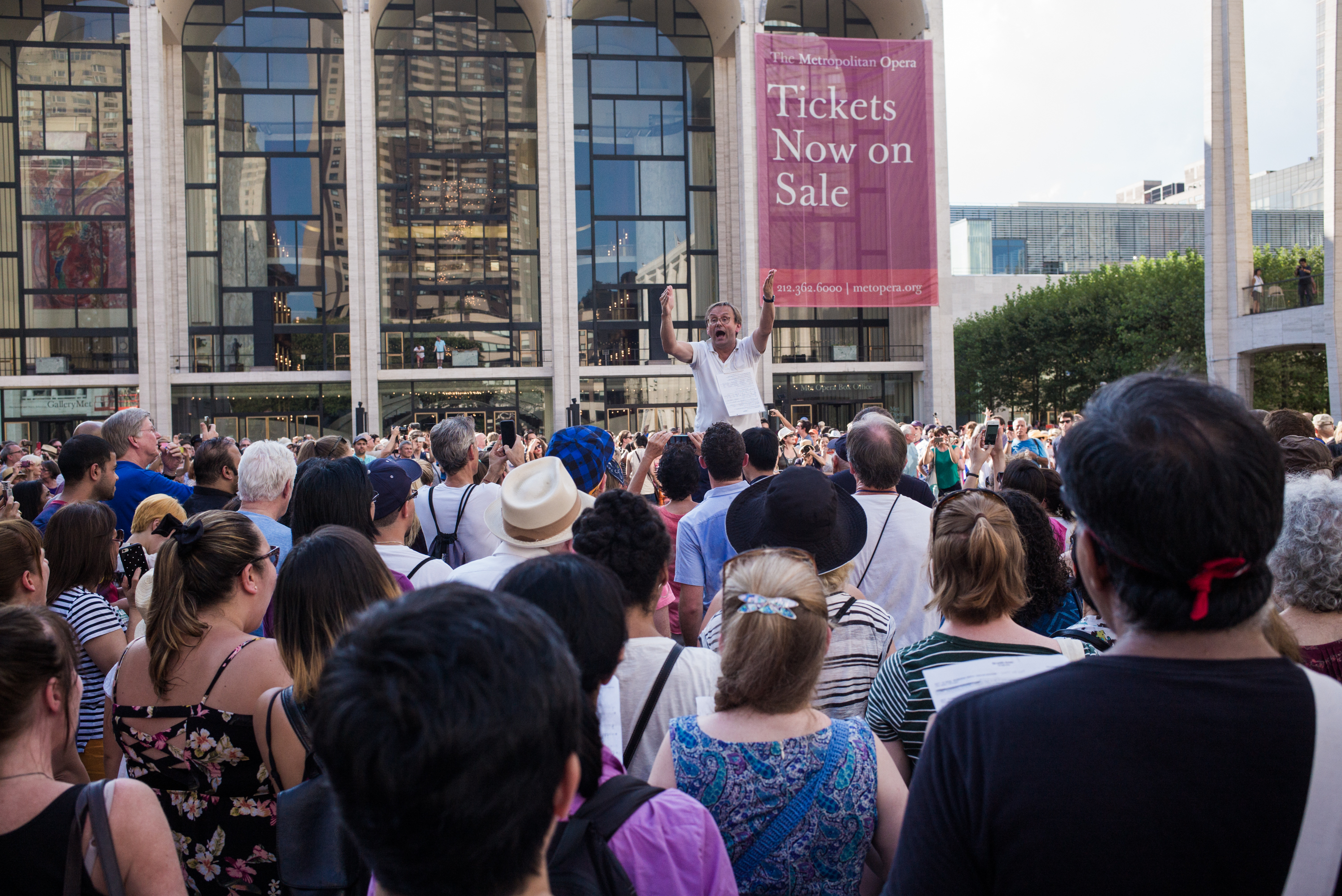 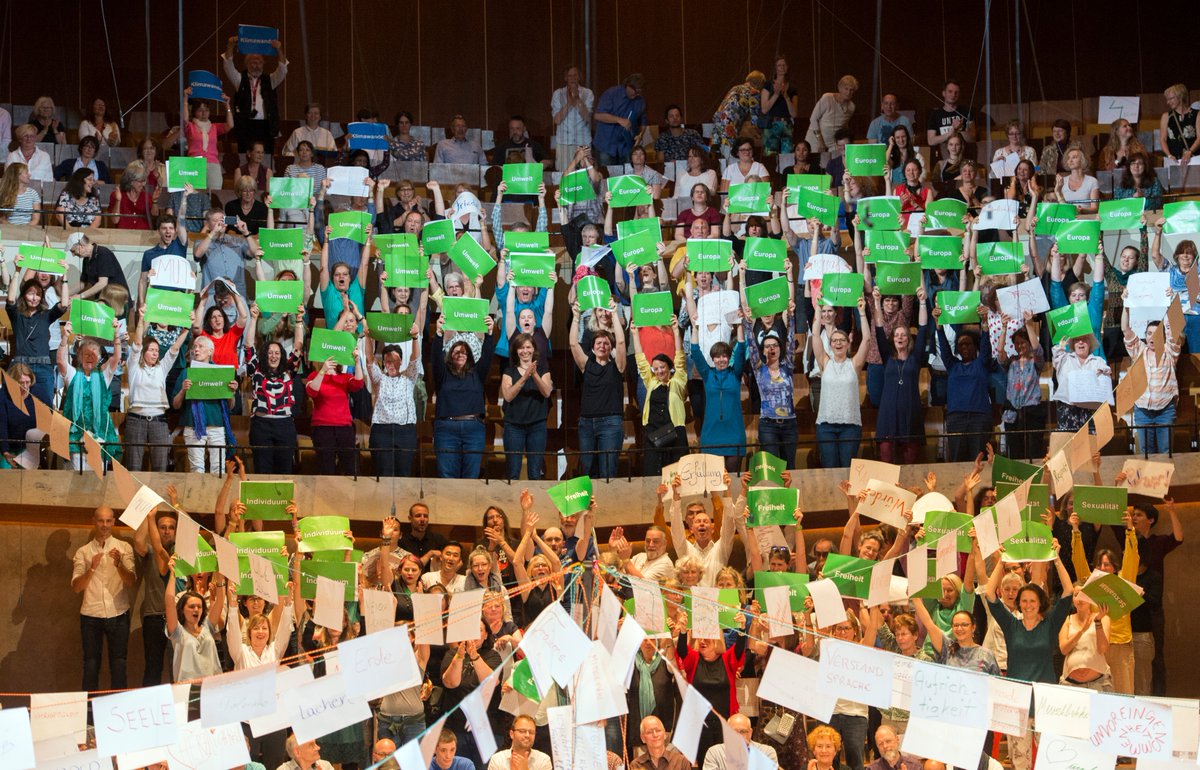 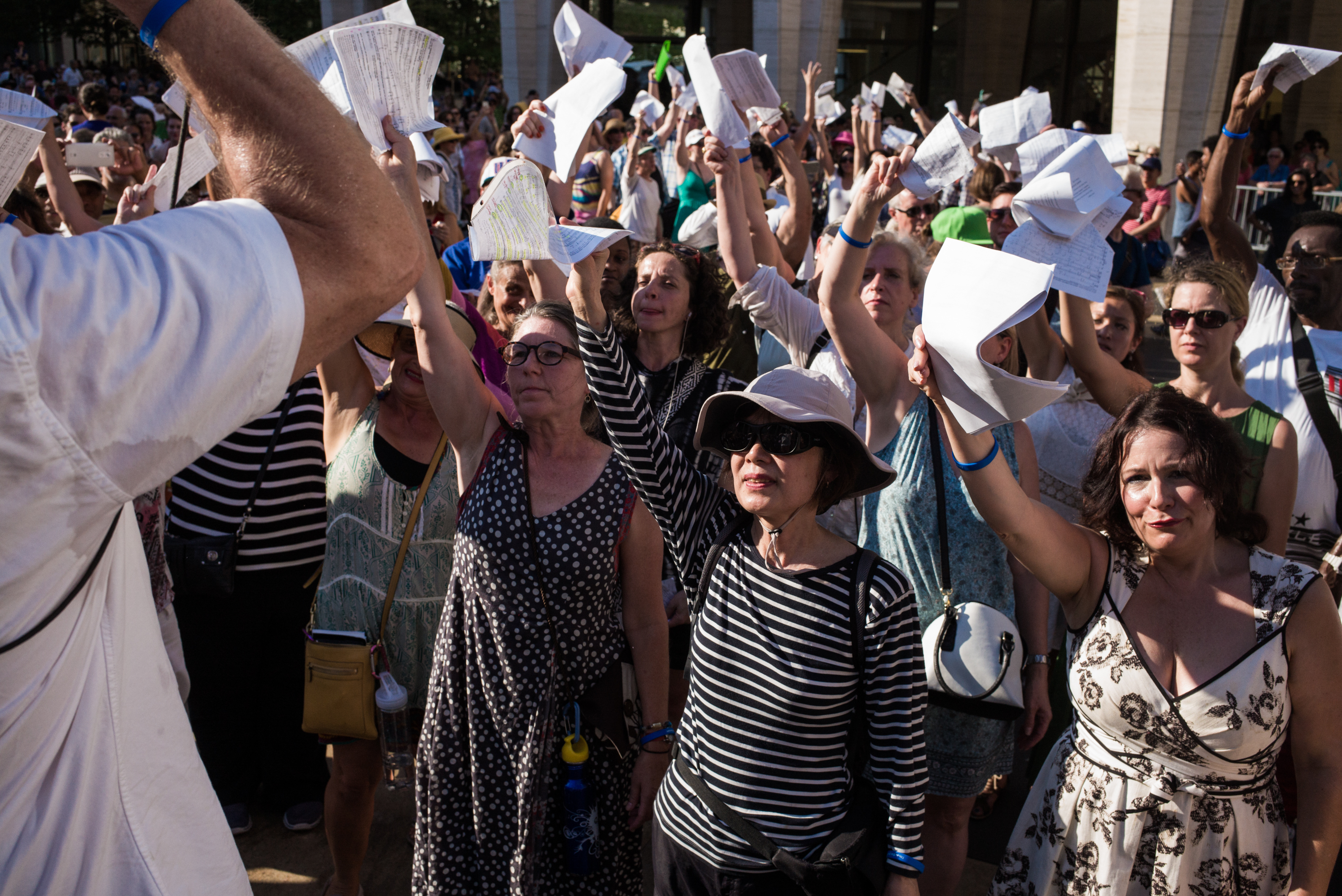 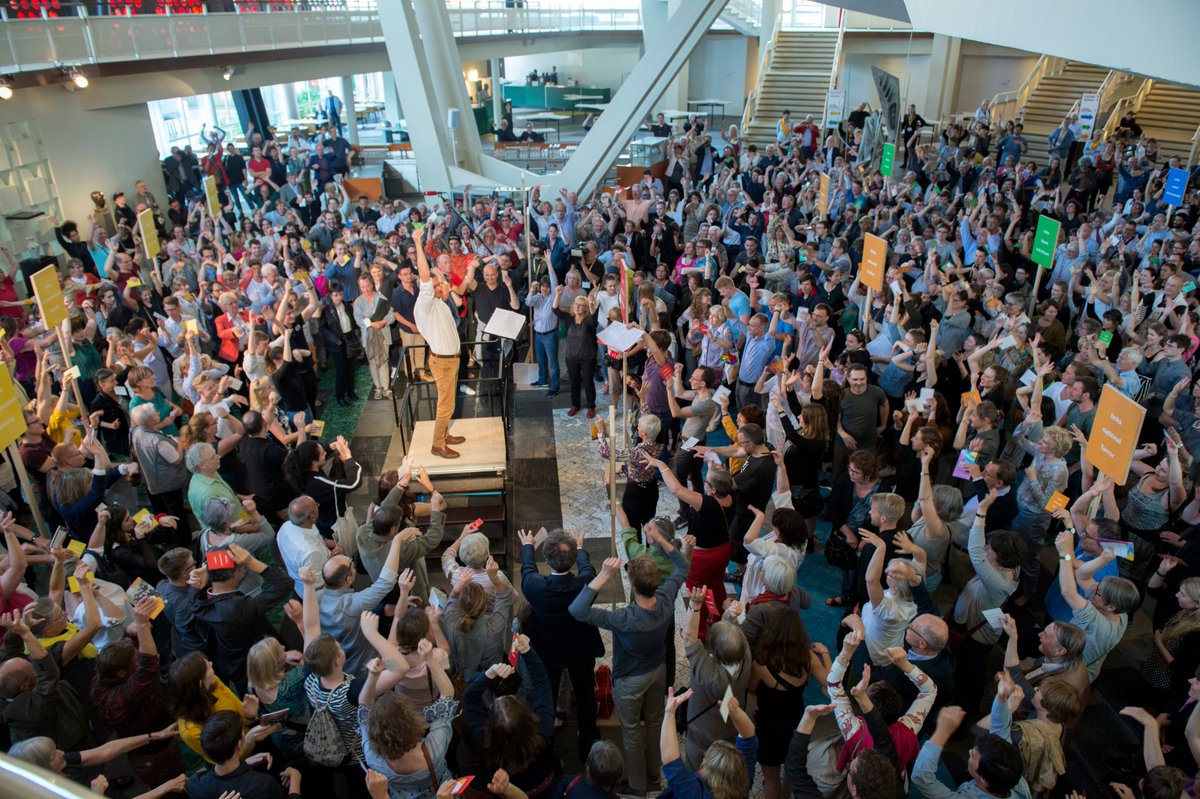 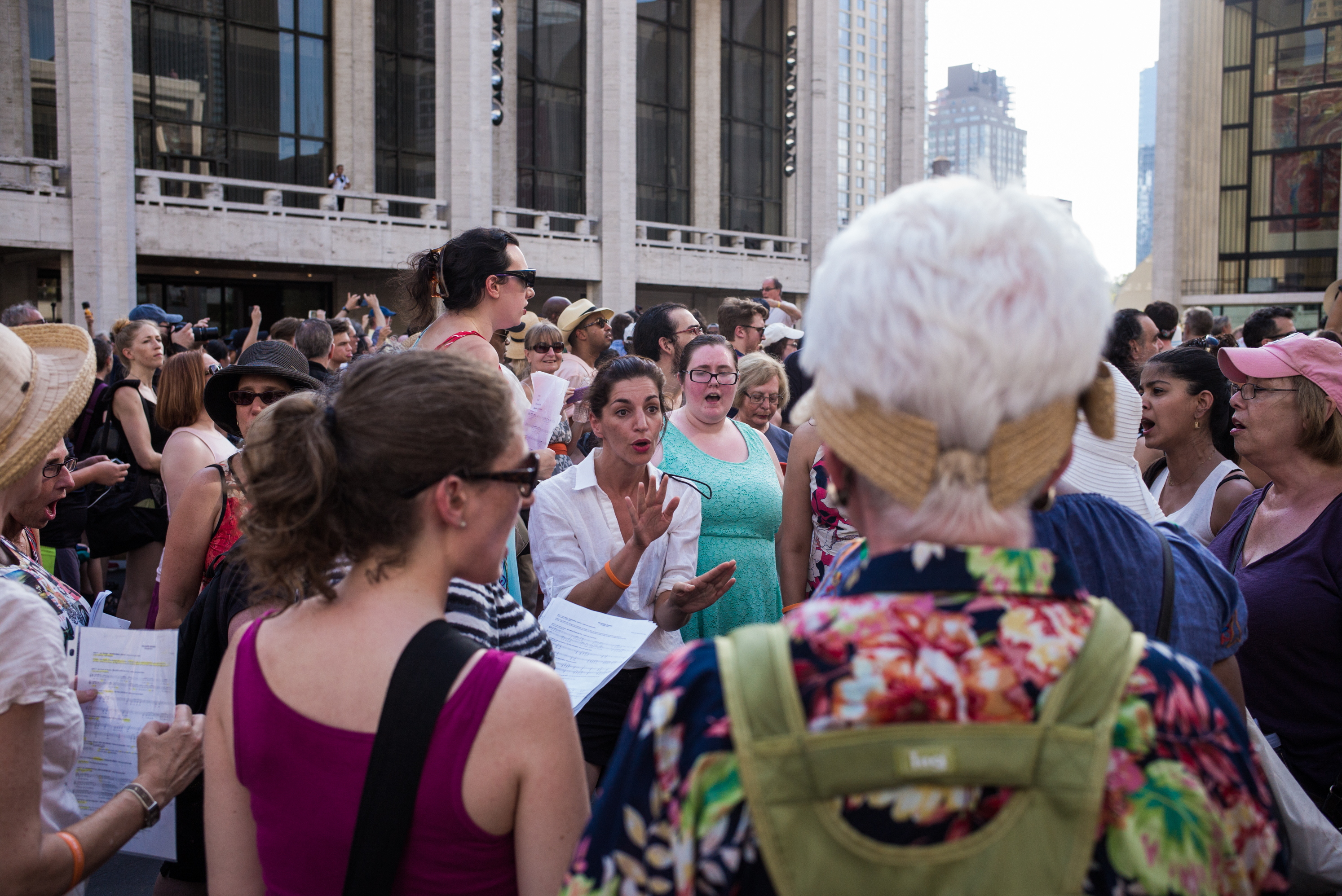