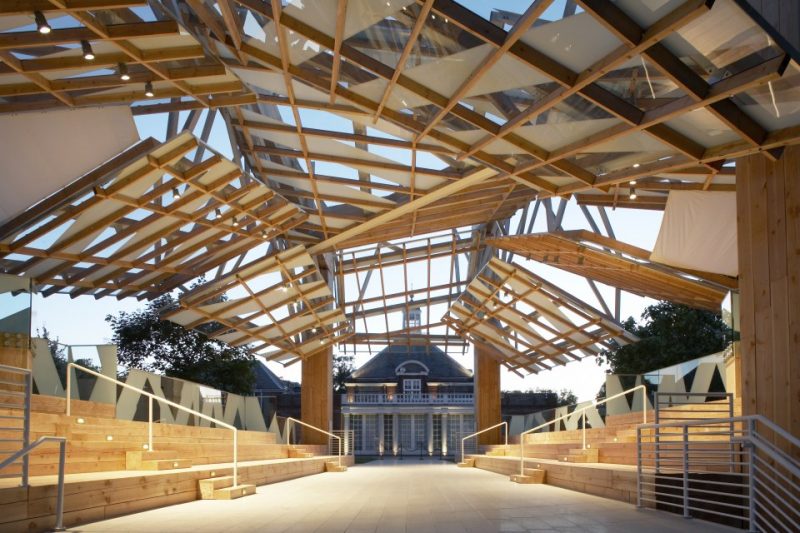 Esmeralda and Nick Laessing draw on the endeavors of Margaret Watts Hughes, who in 1885 invented the eidophone to translate the vibrations of her voice into patterns on a glycerin-coated elastic membrane. Sound is simply a disturbance of mechanical energy, and in each performance the projection of the voice into the instrument causes an aural disturbance. On hitting certain notes and harmonies, the powder or liquid placed on the latex surface is agitated into pronounced, almost magical, patterns and images. In the Eidophone domestic plastic tubing, steel tripods and latex membranes are combined to create a performative sculpture on which various materials in powder and liquid form are experimented with as an investigation into this phenomena.

Esmeralda collaborated with Laessing on the project over two years to re-create an adaptation of the original machine. Additionally she performed the piece from 2006-2008, culminating in her final performance at Frank Gehry’s Serpentine Gallery Pavillion.

2008 Serpentine Gallery Pavilion, We All Turn This Way 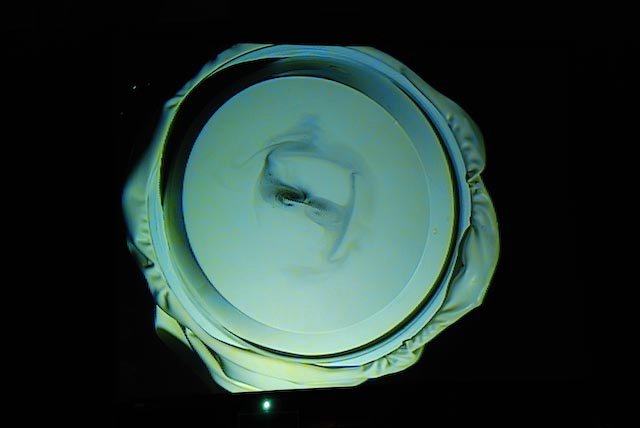